Prairie Quinoa’s founder, Percy Philips, is an engineer recently turned engineer/farmer. While travelling in Peru, Percy was introduced to the local quinoa production techniques, and enjoyed the variety of quinoa dishes that were served in the areas he was visiting. He began to wonder “can quinoa be grown in Canada?” – the answer, after 5 years of hard work; a qualified yes!

Our mission is to grow quinoa locally in Western Canada and to produce a superior and distinct Canadian quinoa.
– Percy Phillips, Founder; Prairie Quinoa 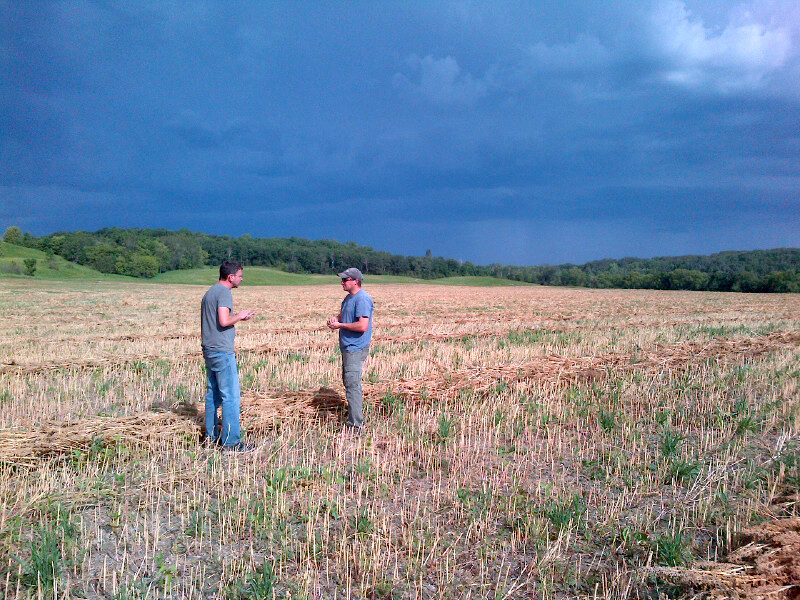 It started innocently enough, with a casual interest in whether a quinoa variety that would grow in Manitoba could be found. Finding quinoa seed that would grow in prairie conditions turned out to be a “task”, but after locating a small amount there were early successes the first year. Several years later and more than a few variety trials later, 2015 produced our first commercial crop of quinoa.

Amber Quinoa – a quinoa variety with a distinct texture and flavour – is a locally grown quinoa from Prairie Quinoa.

After our first commercial crop in 2015, Prairie Quinoa is continuing variety trials with Manitoba Agriculture, expanding its quinoa acreage and developing direct marketing of Amber Quinoa in 2016.

We intend for Prairie Quinoa to continue to produce distinct local quinoa in Manitoba and Western Canada, encouraging a healthy lifestyle and diet that Canadian quinoa can be a part of.